This year, three cars equipped with a Schwartz Performance G-Machine Chassis were on display at the SEMA show.

The first was our friend Murray Pfaff of Pfaff Designs, who had his Schwartz G-Machine Chassis equipped 1959 Imperial Speedster in the Autotrader display. Murray has designed many paint schemes and interiors for our customers and projects of our own.
This car is over-the-top and completely custom. For more information on Pfaff Designs, go to www.PfaffDesigns.com 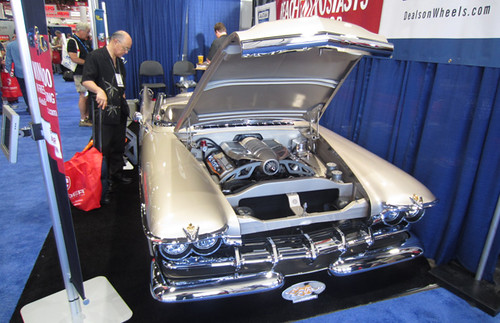 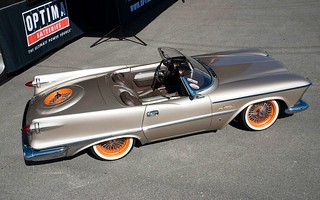 Another was Kevin Tetz, who had his newly-completed 1966 Ford Mustang called “Jaded” in the Heatshield Products booth. You may have heard Kevin’s name from the show “Trucks!” Kevin paid special attention to is personal Mustang, and he was very meticulous with the details.
This beautiful ’66 features 14″ Baer 6P brakes, Ridetech coilovers, and a ton of custom accessories. Its interior is based off of a later-model Mustang Cobra, as well as the engine.
Modified Mustangs & Fords has several tech stories featuring this Mustang, they can be found in this list: 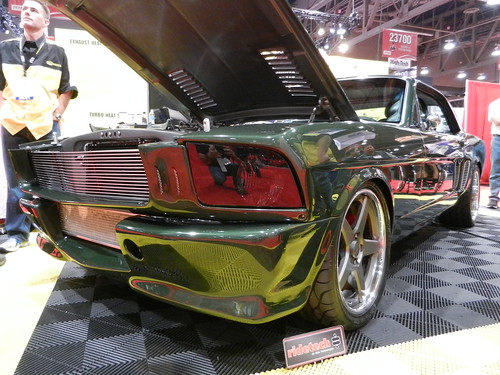 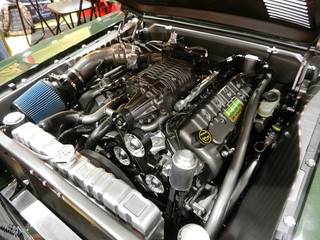 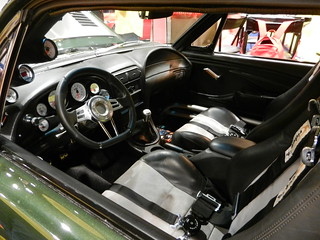 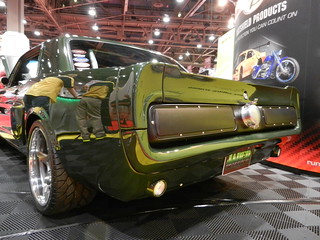 Lastly, our customer Dan Howe and his Schwartz G-Machine Chassis-equipped 1984 Monte Carlo was invited to Optima’s Ultimate Street Car Invitational (OUSCI) after participating in the Sandhills Open Road Challenge this Summer. OUSCI is held in Pahrump, NV after the SEMA show, or Saturday November 3rd this year. The event standings will be posted within a couple weeks. 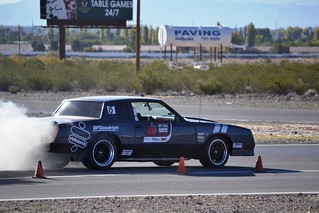 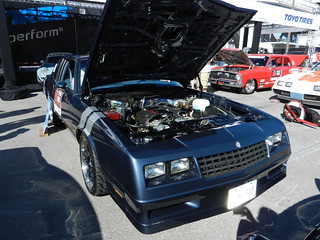 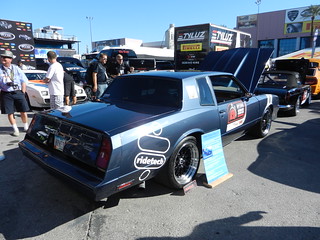