We were invited back to the Car Craft Summer Nationals 2012 to show/compete in the Pro-Builders competition with our 1981 Pontiac Trans Am, equipped with a Schwartz-built twin-turbo LS9, full length G-Machine chassis, 14″ Baer Extreme+ brakes, and RideTech triple-adjustable coilovers. The competition was tough, though we had many compliments on our 1000+hp build. Woody’s Hotrods won with a very nice 1957 Chevy built for George Poteet.

One of our customers with a 1984 Monte Carlo SS was accepted into the Real Street Eliminator competition this year, equipped with our first ever GM G-body full frame / chassis. He placed first in the Launch Box challenge, and third in the autocross. Tied for second in the late-model class, he ended up third overall. This was his 2nd autocross ever, and everyone was pleased with his results. Look for it in an upcoming issue of Car Craft Magazine. 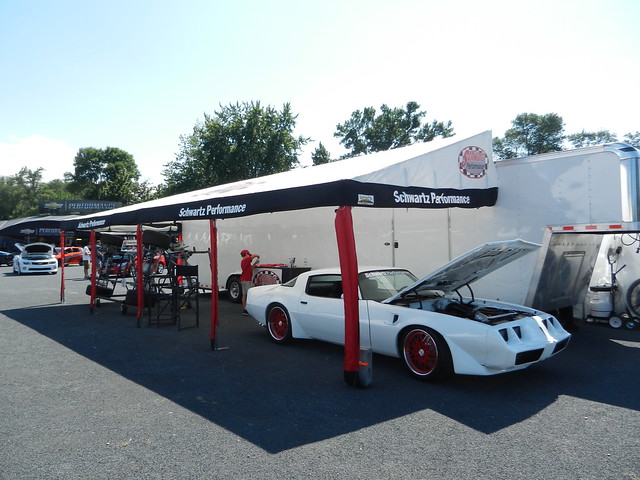